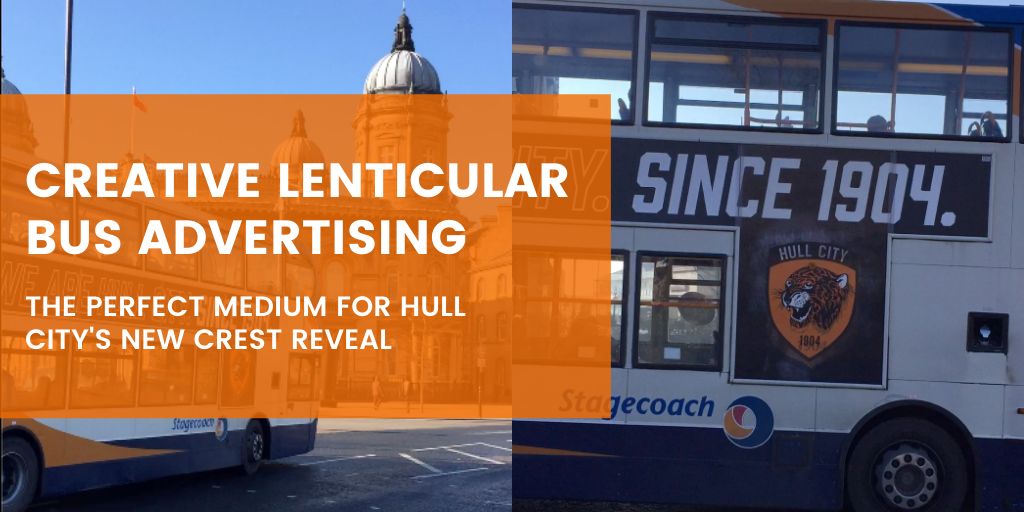 We’ve recently booked some lenticular bus advertising – the first to be booked outside of London – for our clients, Hull City.

In February, you might have noticed the amazing bus advertising campaign that we secured and arranged for Hull City as part of the launch of their heritage push.

But these aren’t just any old bus ads. Lenticular printing technology was used to reveal the migration from the old crest to the new design.

By using the lenticular technology, we were able to transform a standard T-side bus ad into an exciting and eye-catching design that really fits with the football club’s campaign.

“The launch of Hull City’s new crest was bound to be big news and of interest to a large proportion of people in the local area, so it was really important that we found some media that created impact as well as showing the evolution from old to new.

“The T-side lenticular formats definitely do that and onlookers will be able to see the crest change from the old design to the new format as the buses drive past them.”

“As a Club we wanted to engage our supporters with high impact, unique and creative campaigns around our heritage, which formed the initial paid media brief to Forward And Thinking back in June. The reveal of a new crest is an important and delicate step for any club so launching it in the right way was crucial.

“The bus ads were a great way of showing the process as evolution rather than revolution and we felt would be particularly eye catching to our supporters.”

The new crest was the result of a supporter-led process and will be in place for the start of the 2019/20 season and appear on all club playing kit and merchandise.

A first for Hull

This is the first time that T-side lenticulars will be seen outside of London so it’s great to see them being used for such an iconic and historical campaign.

The Hull City lenticular bus ads are running on multiple routes around the city so there’ll be plenty of opportunities to catch a glimpse of the impressive design.

Here’s a video of these ads in action (look how happy account director Nat is with how they look): 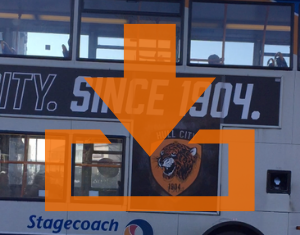 To find out how bus advertising could boost your marketing campaigns, check out this section of our website or email us at team@forwardandthinking.com

A Week In My Life

Podcast advertising: How to make the most of it

Sparking Debates Through Out Of Home Advertising