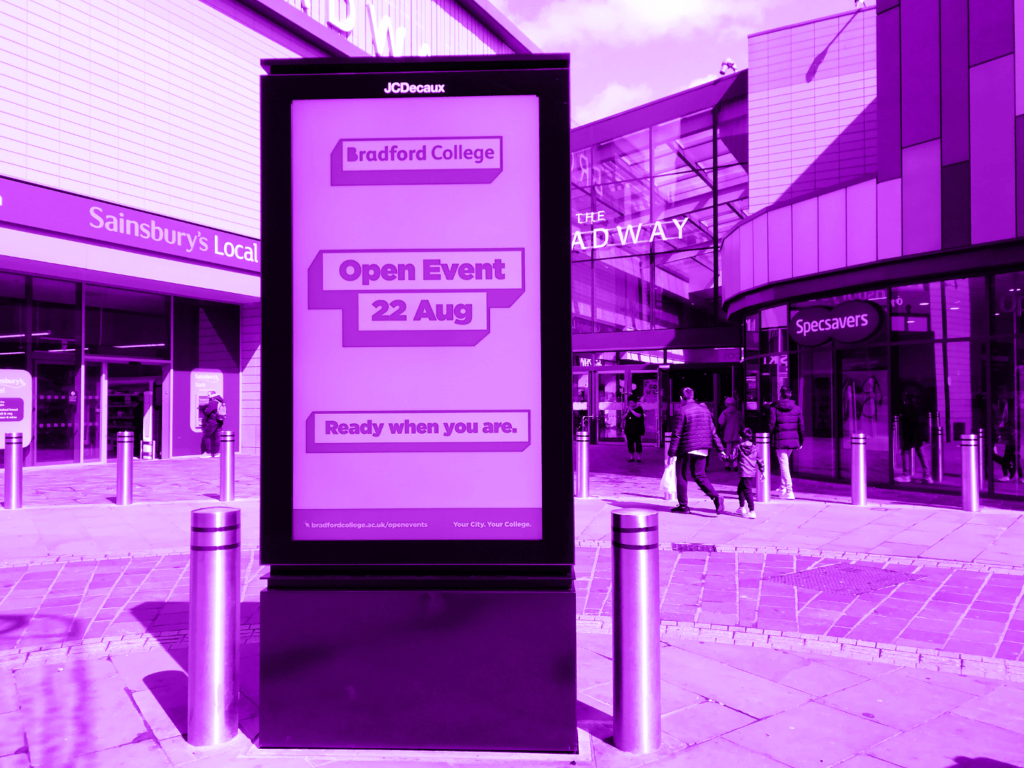 Following a turbulent 2018, the College needed to show signs of progress and a pivotal 2019 summer recruitment drive had to hit ambitious targets. Based on audience insight from the targeted 16-18-year-olds plus some aged 19+ (Part-Time/Higher Education) Bradford College wanted to target youth-focussed and representatives of a diverse student cohort (36.1% of the Bradford population are non-White British). Equally, it needed to appeal to parents/influencers.

The campaign met all objectives, coming in on time and budget. The campaign results were phenomenal! 4,050 further education students enrolled (exceeding the target by 6%). 274 organic posts via Facebook/Twitter with 4,671 users engaged, 1,492 likes and 1,369 click-throughs to the College website. 140,859 YouTube views and 37,000 Facebook views (recruitment video/three months) plus 54,000 views of the ‘clearing’ edit. The campaign was even shortlisted for the Northern Digital Awards 2020.

“ Forward & Thinking provide a welcome addition to our in-house Marketing & Communications Team. They deliver expert advice and campaign direction by supporting our planning, implementation and delivery. Since working with F&T we have seen our summer campaign increase in impact by reaching wider audiences and generating improved engagement, with particular success using YouTube and Snap Chat - our viewing figures and swipe ups broke all previous records, helping us to achieve our recruitment targets ”

Gemma Dunn, Bradford College
WANT TO DISCUSS YOUR NEXT CAMPAIGN? CONTACT US!